The UK plastics export sector has urged the government to increase financial support for companies, amid concerns over the impact of Covid-19 on supply chain operations.

Addressing the House of Commons International Trade Select Committee, Director General of the British Plastics Federation (BPF) Philip Law, speaking on behalf of the UK plastics export sector, called on the government to provide assistance as ‘dual challenges’ posed by Brexit and the coronavirus are set to impact the sector significantly for the foreseeable future. 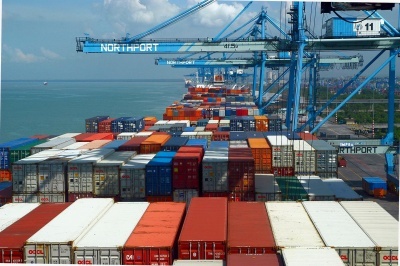 Law pressed the government needs to look at innovative ways of supporting small and medium-sized enterprise (SME) exporters. These include: exploring the opportunity for virtual exhibitions, helping companies fund foreign language versions of their websites and taking inspiration from international market entry models such as the China Britain Business Council (CBBC), which assists companies secure a foothold in the market by increasing shared office space and expert infrastructure.

Findings from the BPF ‘Survey on plastics businesses trading internationally during and post Covid-19’ in early May, illustrated the heavy reliance of companies on plastics export sales: 76 per cent of those surveyed stated that export sales equated for at least half of their turnover.

The survey highlighted the unease prevalent within the sector looking ahead to the next 12 months. Of the 29 companies responding, 75 per cent expected an overall decrease in export sales, with 50 per cent specifying this would be a ‘large’ decrease. In the medium term (between one and three years), 40 per cent of companies are expecting a decrease in export sales, while 11 per cent think that even after three years they will still be experiencing a decrease in sales.

Correspondingly, the update from the Bureau of International Recycling (BIR) earlier this week underlined the ‘uncertainty’ within the European plastics recycling sector due to the widespread impact of Covid-19 on operations and ‘oil slumps’ affecting supply chains.

Regarding the form the government financial assistance should take, 60 per cent of respondents stated they would like the government to expand the availability of Tradeshow Access Programme (TAP) grants. When asked about the minimum level of government funding required to make a difference when exploring new markets, the majority (30 per cent) stated £5,000.

Aside from financial funding, survey respondents suggested that help sourcing local agents and distributors would be key, and subsidising research into new export markets and exhibitors on UK-organised pavilions would also be valuable.

Brexit and the coronavirus pandemic are not the only things impacting operations for plastics exporters. The Environment Bill, which passed its second reading in the House of Commons in February, will also change the course of direction for the sector as it outlines commitments to ban plastic exports to developing countries. Despite this, the BPF survey noted that 90 per cent of companies said they would be actively trying to expand exports over the next 12 months.

Originally announced in 2018, the tax is set to be introduced in April

The model can differentiate between 12 types of plastic, many common in households