Bedfordshire waste firm to pay more than £23,000 for illegal export

Bedfordshire-based waste management company Monoworld Limited has been ordered to pay more than £23,000 for trying to illegally export waste.

The court heard that in July 2013 the firm attempted to illegally move mixed waste from its recycling facility Monoworld Recycling, in Rushden, Northamptonshire, to a Tönsmeier factory in Germany.

However Dutch authorities intercepted the shipment on a routine inspection, and found that although it was labeled as ‘recycled plastic waste’, the container comprised metal cans, food trays and wood. There were also flies, and some of the waste was estimated to be over a year old.

After receiving notification about the infraction, the Environment Agency (EA) investigators found that there was no proper contract or financial guarantee put in place by Monoworld Limited relating to the shipment bound for Germany.

EA officers, conducting a routine inspection at the Port of Felixstowe, found this shipment of plastics to be contaminated with decomposing plant leaves, latex gloves, cans and cable. Rodent droppings and mould could also be detected and wheelie bins that had not been emptied or cleaned were also discovered.

Tordoff said: "All the waste was dirty and odorous and contained non-plastic wastes which could easily have been sorted and cleaned before shipment." 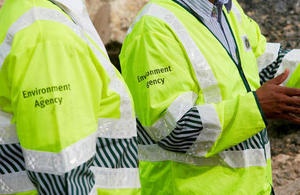 The EA told the court that enforcement notices under the Transfrontier Shipment (TFS) Regulations were served on both Monoworld Limited and Monoworld Recycling in December 2013, but that these were reissued in March 2014 after the offences came to light. The notices required both companies to implement written management systems for the export of waste.

The regulations were then complied with, as Tordoff told the court: “The procedures the company had in place before the offences did not specifically comply with TFS regulations but in any event were not followed.

“It was only in response to an enforcement notice served by the Environment Agency that an adequate management system was put in place.”

However, the EA noted that the two incidents were not isolated, as the company was convicted in 2004 for 10 similar offences under earlier transfrontier shipment regulations and for keeping waste without a waste management licence.

Further, in 2012 the company was issued a formal warning for a similar breach of the regulations when two containers of waste electrical and electronic equipment were destined for Hong Kong.

‘Considering all the facts the company’s actions were reckless.’

Representing Monoworld Limited, Georgie Messent said that the firm accepted there had been serious procedural failings but that ‘the company had taken steps to address that with a £9.8 million investment in new sorting lines and a new recycling facility at the Rushden site’.

On passing down the sentence, the Chair of the Magistrates said the offences were ‘at best negligent and at worst deliberate’ but ’considering all the facts the company’s actions were reckless’.

Following the conclusion of the hearing, EA officer Liz Williams said: “We carry out inspections at ports to ensure waste rules are being followed and the law is clear there are rules to follow when exporting waste for recycling.

“Waste needs to be described accurately at all stages of the process so that everyone knows what they are dealing with.”

This news comes just a week after it was announced (10 March) that six people were arrested for waste crime and human trafficking offences.

The arrests were the result of a nationwide investigation by the EA into the dumping of potential hazardous waste at illegal sites in Bristol, Scunthorpe and Newark.

The six individuals arrested have been released on conditional bail to allow further enquiries to be made. Operation Encore is a large ongoing investigation and is expected to take a number of months to complete.

Find out more about the increasing efforts to crack down on waste crime.

19 ways to cut waste crime
By
Roy Hunt
| 28 January 2015 |
Add a Comment
You hear a lot about the problem of waste crime, but what about the solutions? Roy Hunt offers some suggestions to get our industry back on the straight and narrow