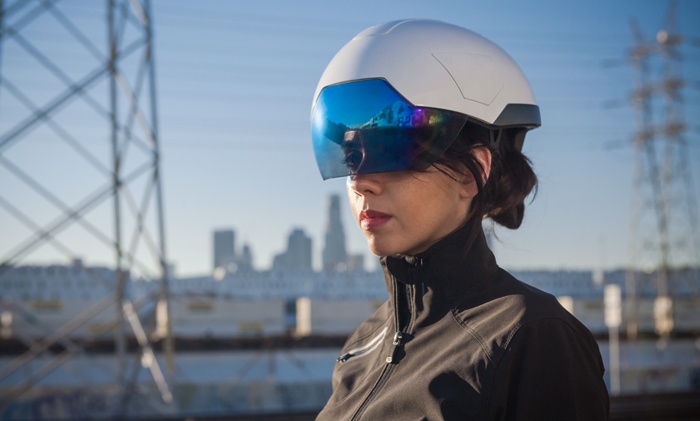 Most of us are familiar with the idea of virtual reality, if only through video games and best-forgotten Hollywood films such as The Lawnmower Man. Slightly more obscure is the concept of augmented reality (AR) – or at least it was until Pokémon Go stormed onto the scene. Indeed, it’s almost certain that we will be hearing more about it during the coming years, and that the waste and recycling sector – like all other industries – will be affected, and could benefit hugely from its introduction.

Essentially, AR involves the laying of digital information, usually through a piece of hardware like a headset, glasses or a tablet, over the real-world environment. Prior to Pokémon Go, if most of us were aware of it at all, it was through Google Glass, the AR headset that was launched in 2013 before being quickly canned (or at least put on hold) following concerns over safety and privacy.

But despite that setback, AR’s day may be nigh. Antonis Mavropoulos, the CEO of international waste consultancy D-Waste and the Chair of the Scientific and Technical Committee of the International Solid Waste Association (ISWA), certainly believes so. “Right now, augmented reality is used mainly in construction, engineering – especially in car design – and in architecture”, he says. “Waste management is one of the most traditional industries in this respect, but I think AR could be applied there to a substantial rate before 2020, mainly because of the revolution in computational power. We know that after Apple made its code for mobile applications free to developers, we had a billion applications in just a few years. I think the same thing will happen with AR – if the manufacturers make AR codes free, too.”

So, how might AR be used in the waste and recycling industry? The below areas could all offer possible applications.

DAQRI is a California-based firm that has designed an augmented reality ‘smart helmet’ (above). Looking like something Judge Dredd might be seen in, this uses an optical see-through transparent display as well as multiple cameras, thermal imaging and an inertial measurement unit (IMU) that calculates the helmet’s relative position and allows the device to integrate with the world around the wearer. The helmet also includes a headset for the wearer to communicate remotely. “Within waste and recycling, it can enable a wide variety of applications, including data visualisation, remote expert interactions and maintenance”, explains Matt Kammerait, DAQRI’s Head of Innovation. “Basically, any situation where the worker could benefit from real-time access to information about how to perform critical processes or communication with team members near and far.”

It hardly needs to be said that in a repair situation, a piece of AR hardware such as this would be extremely useful, allowing work to be completed by non-experts, as long as they’re able to follow instructions – either preset based on a diagnosis, or provided by a colleague in a remote location. In fact, BMW has developed a system involving AR glasses to help its mechanics repair its high-end cars, with audio tracks talking mechanics through repairs. In future, something along these lines could potentially help average people repair mechanical faults with all sorts of electronic equipment, which could substantially reduce electronic waste (currently one of the fastest-growing waste streams in the world).

As Mavropoulos notes: “Imagine I have an old TV, then I also have an augmented application that allows me to identify if something goes wrong and then by superimposing digital information on my TV can help me to fix it. This is already happening in some cars where through your mobile phone an AR application can help you to dismantle some basic equipment within the vehicle and repair it.”

Scope, a Canadian firm specialising in AR solutions for industry, has developed a software tool called WorkLink that works ‘by transforming traditional paper-based work instructions into Smart instructions, [so] users are immersed into animated, intuitive, 3D computer generated imagery that overlays on top of the real world’ (see image, right). Scope’s Co-Founder and President David Nedohin explains that, in theory, this could help in the handling of dangerous waste, such as nuclear waste.

“It allows firms to easily and rapidly develop step-by-step instructions”, he says. “The expert can use the software to create instructions on what you want the person to do. Then he can publish those instructions to any device that’s available – a tablet or AR smart glass device. The person who is handling this dangerous material can receive the instructions, animations or simple drawings showing them what to do.”

But AR can also aid the verification and measuring process, too. “From a safety standpoint, the manager or the supervisor can go back into the WorkLink CMS (code management system) and identify: Who used this project? When did they use it? How long did they take to complete all the steps? Did they complete all the steps? Was there any feedback from the user? It can take a photo of how you handled this material that gets submitted to the CMS or do a checklist that verifies that you were wearing your headset. From a verification standpoint, it shows that the user is completing the procedure properly.”

AR has already been adopted by some architects, so it is a short jump to its widespread use in planning facilities including recycling and waste treatment plants. Iris, a New York-based firm, has developed Prospect, a piece of software that installs plug-ins that enable architects or planners to convert their files into 3D virtual 360-degree experiences. These can be viewed through an AR headset so the wearer is able to annotate, draw upon and explore them fully. Instead of the lifeless sun-drenched sketches that are a staple of architects’ plans, this would allow planners to factor in variables such as the position of the sun, actually experiencing what it would be like to feel its warmth whilst standing inside the planned facility.

This article was taken from Issue 85

Some observers have suggested that AR could also play a role in unlocking the potential of the muchvaunted circular economy, and in ways that may not seem immediately obvious. Mavropoulos, for instance, says: “AR could help you to realise the impact of each and every product before you turn it into waste. You know with several products there [are] a lot of signs on them – about packaging, health and safety, dangerous materials, et cetera. Imagine that you carried designs with your augmented reality application and then you have a visualisation of what their environmental impact is – what is this product made of? What are the materials that are hazardous, and where exactly will they create problems? I can see AR becoming very helpful at preventing waste in the first place.”

As with any emerging technology, many AR applications are currently still beyond the budget of most small operators and individuals. But this will change. “You already see that applications that would have cost hundreds of thousands of dollars a couple of years ago, now you can use similar software for a fraction of the cost”, says Nedohin. “That’s really when you see exponential growth in any technology – when cost gets down to a level where you can scale it. I think we’re just starting to see that now.”

Considering the smart phone’s journey over the last decade – from the launch of the iPhone in 2007 to complete ubiquity today – you might not want to bet against AR following a similar trajectory. “I’d say that by 2020, AR isn’t going to be a fringe technology any more – it’s going to be completely mainstream”, predicts Nedohin. Looks like we could all be wearing those Google Glasses after all…