Agreement on legislation designed to make Europe more resource efficient has been welcomed by industry groups, but with the caveat that the reduced ambition in the EU plans risks slowing down the transition to a circular economy.

The legislative package, provisionally agreed yesterday morning in Brussels after an 18-hour final negotiating session, brought an agreed set of amendments to the Waste Framework Directive, the Packaging and Packaging Waste Directive and the Landfill Directive, as well as directives on Waste Electrical and Electronic Equipment (WEEE), End-of-Life Vehicles and Batteries.

Despite agreement between the three institutions, the text still needs to be confirmed, starting with a debriefing of permanent representatives to the EU tomorrow (20 December), while the final analysis and approval on behalf of the European Council is scheduled for the first quarter of next year.

However, the results of what the Council called ‘long and difficult negotiations’ are now emerging, with particular focus on new targets for recycling and the landfilling of waste, a more consistent methodology for calculating recycling, stricter requirements for separate waste collection and new requirements for extended producer responsibility (EPR) schemes. 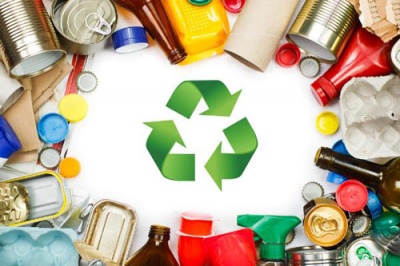 Photo: European Commission, European Parliament
Agreement before the New Year was always the target, but was unexpected, as going into these negotiations the European Council and Parliament were some way apart in their views on some of the major elements of the package.

The headline fight throughout the Circular Economy Package process, which began all the way back in the summer of 2014, has been about the ambition shown in the form of recycling targets.

“The certainty provided to the sector from recycling targets – whatever you think of the level – is welcome,” said Colin Church, Chief Executive of CIWM. “Achieving even 65 per cent by 2035 will require strong action on demand-side measures to stimulate secondary material markets – a challenge that the UK government seems finally to be acknowledging. And perhaps a bright spot on the Brexit horizon might be an opportunity for the UK to devise smarter, impact-based national targets in the future that are focused on delivering better environmental outcomes beyond simple tonnage.”

The watering down of hard targets has provoked a mixed reception among environmental groups, who are keen to see circular work begin after years of discussions and prevarication in the EU.

Campaigning network Zero Waste Europe welcomed the agreement, saying it should ‘deliver the promised benefits in jobs, economic savings and reduced environmental impact’, but warned that ‘the pace of ambition is too slow to address the challenges that Europe is facing today’, lamenting that ‘almost every single meaningful objective proposed by the Commission or the Parliament has been axed or delayed by the Council’.

During negotiations, the member states fighting for lower targets and the removal of certain measures were labelled ‘laggards’ that were ‘sabotaging the transition to a circular economy’ by the European Environmental Bureau (EEB), a network of environmental organisations from across Europe. This included the UK and, among others, Denmark, Finland, Hungary.

The group shared in the disappointment at the lower rates, with Piotr Barczak, Waste Policy Officer at the EEB, commenting: “This is not the outcome we all hoped for, but it is nonetheless a significant improvement compared with the laws that are currently in place. Now member states and EU institutions need to build on this decision to fully transition to a circular economy.”

Along the recycling target is a goal for landfill to be capped at 10 per cent in member states by 2035 (with a five-year derogation for countries that sent over 60 per cent of waste to landfill in 2013), another welcome target, but one that the EEB says risks nations simply turning to incineration instead. Last winter, the European Commission warned that support for incineration could hamper the circular economy when publishing guidance for EU member states on how to ensure properly-balanced energy-from-waste (EfW) capacity.

Less talked about but essential to the target argument was the methodology of determining recycling rates, which has varied across Europe, with four methods currently applicable.

Yesterday’s agreement stated that one method - recording the input into the final recycling process - would be used going forward, but with the possibility of derogation to use output of sorting minus losses.

Ray Georgeson, Chief Executive of the Resource Association, a group of UK recyclers and reprocessors, said: “The agreement made on calculation methodology, whilst a step in the right direction in at least narrowing down to one methodology type based on point of final sorting, is unsatisfactory, as it relies on the uncertain process of agreeing ‘average loss rates’ for materials in sorting and processing and potentially leaves too much wriggle room for member states to continue to interpret recycling rates in their own way.

“We are pleased that the proposed review clause on the derogation related to calculation of ‘average loss rates’ that we put forward with colleagues from European materials associations was debated but disappointed that it was not agreed. We will continue to urge the Commission to keep this issue under close review and hope that the Parliament will also do likewise and ensure we make further progress on counting recycling correctly.”

Providing a further view from the materials sector, Guy Thiran, Director General at European metal recycling trade association Eurometaux, stated: “Although we had recommended a harmonised measure, we’re pleased governments will take a first step beyond only reporting what’s collected or sorted. The Commission now has a key role in making sure the new method works in practice, instead of becoming another loophole. Member states should be prevented from making estimations that continue overstating their recycling performance”.

Last week a report from Eunomia Research & Consulting suggested that when adjusted to create a consistent approach to reporting, the recycling rates of the world’s top recycling nations, including Germany in the number one spot, fall by at least 10 per cent.

The agreement set minimum requirements for all EPR schemes, aiming for full cost coverage, but allowing member states to reduce the share paid by producers,

The final trilogue ran deep into the early hours of Monday morning
Photo: MEP and European parliament Rapporteur Simona Bonafe / @simonabonafe
Georgeson added: “On EPR, we note the desire for full cost recovery from producers to become a European standard and await further consideration of this from the UK government as they proceed to review their Resources and Waste Strategy. There is a danger that the proposed flexible target setting for member states will diminish the potential to realise better recycling of key materials.”

Thiran concurred, stating: “Governments will have flexibility not to meet targets for one packaging material of their choice. We’re concerned this complex derogation will give member states a free pass to ignore individual packaging streams. A circular economy requires equal ambition in all areas”.

Elsewhere in the legislative agreements are tighter rules on separate collection (fewer exceptions for paper, metal, plastic and glass; biowaste by the end of 2023, hazardous household waste and textiles by the end of 2025) and guidance on waste prevention, with member states encouraged to take stronger measures to prevent waste generation, including on planned obsolescence.

And though targets on marine litter seem to be absent (potentially due to the difficulty in measuring it), the new laws reportedly include provisions allowing countries to restrict the use of single-use plastics without facing legal action, while also including improvements in the traceability of hazardous substances in products and waste, as well as restrictions on oxo-degradable plastics.

"There are some significant advances compared to the current law,” said Meadhbh Bolger, resource justice campaigner at Friends of the Earth Europe, “however with no binding measures on waste prevention, low recycling targets and no measures to make producers fully accountable for the waste caused by their products, it will fall short of providing the shift we need to reduce our overconsumption of resources in the EU".

Church added: “Those who are disappointed not to see stronger action on reuse and waste prevention should also take heart. These imperatives are moving up the agenda thanks to a host of campaigns, initiatives and media attention, with issues such as ocean plastics stealing headlines on an almost daily basis. There are unilateral steps that EU members can take outside the Circular Economy Package; last year, for example, Spain became the first European country to set a separate and binding national reuse target last year and Scotland broke new ground by setting a target to cut a third of all food waste in the country by 2025.“

Now that agreements have been made, it is time to finally start putting legislation into action, says Ferran Rosa, Policy Officer at Zero Waste Europe: “National governments have lost the chance of securing a quick and ambitious transition towards a circular economy.”

“The text is a long list of good intentions, objectives and obligations, but only implementation will deliver substantial change.The time for discussions is over, now it’s time for real action.”

The new laws will, all things going well, be passed in early 2018, and from then, member states will need to transpose the approved amendments to into national legislation within 24 months, meaning that it is as yet uncertain whether the UK will take on the full package of changes.

European Council accused of ‘rolling backwards’ on circular economy ahead of final 2017 trilogue
By
Rob Cole
| 13 December 2017 |
Add a Comment
Member states have come under fire for allegedly dragging their heels over prior commitments to the EU’s Circular Economy Package ahead of the year’s final round of negotiations between the EU institutions.

‘Laggard’ member states blasted for not backing circular plans
By
Edward Perchard
| 16 May 2017 |
Add a Comment
The UK is one of a number of EU member states refusing to publically back ambitious recycling and reuse proposals ahead of final negotiations in the European Council.

Circular economy could bring 3m more jobs to EU by 2030
By
Edward Perchard
| 9 September 2015 |
Add a Comment
Expansion of the circular economy could create three million extra jobs and reduce unemployment by 520,000 across EU member states by 2030, according to a study released by WRAP.

The partnership will see customers selling pre-owned devices, intended to re-enter the market