Just four people have taken up the Green Deal

Just four people have so far signed up to the government’s energy-efficiency scheme, the Green Deal, latest statistics have shown.

The first quarterly Green Deal statistics, released by the Department of Energy and Climate Change (DECC) last week (27 June), show that of the 38,259 householders that have had assessments to improve the energy efficiency of their homes, 241 have so far confirmed they would like to proceed with work, with just four Green Deal plans currently ‘pending’.

Under the scheme, householders and businesses can take out loans to make 45 different types of adjustments to their property, such as installing double-glazing, insulation and new heating systems, with repayment taken through the property’s electricity bill rather than from individuals.

It is hoped that these improvements will reduce the effects of ‘leaky buildings’ (thought to be responsible for 38 per cent of the UK’s greenhouse gas emissions), cut electricity bills and pass the ‘golden rule’ of making financial savings equal to or greater than the costs attached to the energy bill. DECC had envisioned that up to 14 million people would sign up to the deal.

It will ‘take time’ for market to ‘find its legs’

Speaking of the latest figures, Minister for Climate Change Greg Barker conceded that he expects progress will “take time as this brand new market finds its legs”, but expects the number of plans signed “to start steadily rising”. 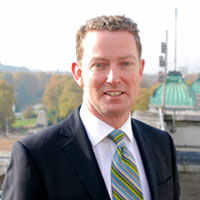 He added: “The Green Deal is an ambitious and uniquely long-term programme designed to upgrade the energy efficiency of Britain’s homes. It’s only just getting started, but the early signs are encouraging… 38,259 Green Deal assessments is also a clear sign that many consumers genuinely want to make their homes more efficient; but we are keen to do more.”

Barker said that one of the issues hindering the process was the time it has taken for “getting software systems running and finance into place for Green Deal Plans to be signed… so the numbers here are lower.”

A lack of Green Deal Finance Providers was also credited with the slow take-up, with Barker saying that there are only five lenders currently “up and running”, but adding that he expects there will be another 50 active by the end of the year. British Gas is currently the largest provider of Green Deal finance plans.

Many commentators, including those in the Labour Party, have spoken out against the ‘failure’ of the coalition government’s plan, with Shadow Minister for Energy and Climate Change, Luciana Berger, saying: "The Green Deal was billed as the biggest home improvements programme since World War II, but these figures show it is failing. Households need help with their energy bills now – not in 10 years' time.”

Berger had previously labelled the Green Deal a ‘shambles’, after Barker admitted in November 2012 that that no UK householders had signed up to take out the energy-efficiency loans, despite the application process having been open for over a month, and DECC offering homeowners up to £1,000 if they signed up as ‘early adopters’.

Critics say reasons for the slow uptake range from customers being ‘confused’ over the deal, overly high interest rates (around seven per cent), and reluctance to attach a 25-year loan to a property – which many think will affect saleability. DECC refutes this latter claim however, pointing to a recent joint report by the University of Cambridge, University College London, and the University of Reading that found that making energy-saving improvements to homes could increase their value by 14 per cent on average, and up to 38 per cent in some parts of England.

Figures are a ‘disaster but not unexpected’

Friends of the Earth's Warm Homes Campaigner Dave Timms has suggested that the government needs to do more to increase the ‘disastrous’ figures: “Lower interest rates, more incentives and tough regulations on landlords to improve the worst insulated rented homes would all increase the take-up of energy-efficiency measures.”

Timms added that government “must reverse” cuts to energy-efficiency schemes, which have hit the “fuel poor”.

He continued: “[The] figures are a disaster but not unexpected – the Green Deal's potential has been absurdly overhyped by ministers to cover the fact they didn't have a comprehensive strategy for insulating the UK's cold, expensive to heat homes.

"Saving energy is vital for making energy bills affordable and tackling climate change, but with only four households taking up loans since the Green Deal began, the government's efforts are falling embarrassingly short.”

Despite this negative start, government has said that the Green Deal is ‘inspiring people across the UK to install energy-saving home improvements’.

According to the Green Deal Assessment Survey, led by research company GFK for DECC, 47 per cent of households that had received a Green Deal advice report said they either had or were getting energy-saving measures installed. A further 31 per cent said they would ‘definitely or probably’ install at least one measure.

Of the 3,000 householders surveyed, 68 per cent said their motivation for having an assessment was to ‘save money’ and 38 per cent said they were motivated to reduce their energy use for ‘environmental reasons’.

The research also showed that Green Deal awareness has doubled over the early months of the scheme, increasing from 10 per cent in November 2012 (pre-launch) to 22 per cent in May 2013.

Barker added: “It’s fantastic to see that Green Deal assessments are leading to people taking action to make their homes more efficient. This new research clearly shows that the majority of people are finding assessments a valuable experience that can usefully help them both understand where they are wasting energy and importantly what they can do to deal with it.

“It’s also encouraging to see awareness of the Green Deal growing. This is a long-term programme that will last for years and decades, but we’re already seeing evidence that people are aspiring to improve their properties, make them more efficient and take control of their energy bills.”