60 per cent call for more ‘on the go’ can recycling

British consumers want to see more recycling facilities for aluminium drinks cans, with 60 per cent calling for more ‘on the go’ facilities on UK streets, according to a new survey by the Every Can Counts communications campaign. 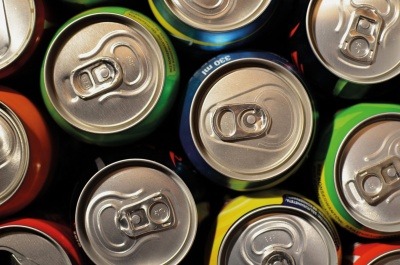 The survey of 10,000 people, released yesterday (10 March) and conducted across 30 sporting and music events in 2019, investigated the public’s perception of can recycling facilities and the recyclability of their drinks containers.

Public recognition of the recyclability of aluminium cans is high, with 58 per cent of respondents naming cans as one of the most recyclable containers versus plastic bottles (44 per cent), glass bottles (26 per cent) and cartons (12 per cent).

However, the survey found that 56 per cent of the public were surprised by the infinite recyclability of cans – unlike recyclability – while 28 per cent found the 60-day turnaround for a recycled drinks can to return to the shop floor the most surprising aspect of the can recycling process.

Aluminium Packaging Recycling Organisation (Alupro), which manages Every Can Counts, claims recycling aluminium saves 95 per cent of the energy which would be needed to make the metal from raw materials, thereby helping curb greenhouse gas emittance.

Commenting on the survey responses, Chris Latham-Warde, Every Can Counts Programme Manager, said: “As we become increasingly aware of the impact our lifestyles have on the environment, it is important that we as an organisation gain an insight into recycling attitudes and understand any barriers that consumers may face. This research enables us to focus our activities so we can better support consumer desires to recycle more, ensuring we continue to progress towards our vision of a 100 per cent recycling rate for drink cans.”

The public’s interest in ‘on the go’ facilities has been recognised by both the central UK Government and the devolved administration in Scotland, which have both identified a deposit return scheme (DRS) where a redeemable cash deposit is added to all drinks containers to incentivise their return as a way to increase recycling rates of single-use items.

The Scottish Government unveiled its design for a DRS in May, which would see a 20-pence deposit added to all drinks containers, in a bid to emulate the collection rates of countries like Germany, where 96 per cent of all drinks cans are recycled through a DRS. The UK Government continues to consult on the form of its DRS, with its introduction earmarked for 2023.

Concerns have been raised, however, over the ‘all in’ design of Scotland’s DRS, which former Environment Secretary Michael Gove also expressed a preference for, which will see a deposit added to all containers between 50 milimetres and three litres in size.

Alupro has cautioned that a blanket deposit sum applied to all containers, regardless of material or capacity, could indirectly increase the purchase and thereby the production of single-use plastic bottles, perhaps the key item targeted by a DRS.

‘All-in’ deposit return scheme has Gove’s support
By
Kate Dickinson
| 17 July 2019 |
Add a Comment
Environment Secretary Michael Gove has put his weight behind an ‘all-in’ DRS for drinks containers as part of a speech on the need to act on climate change, pollution and natural degradation.

Aluminium can recycling could hit 85 per cent by 2020
By
Gethin Roberts
| 26 July 2018 |
Add a Comment
A new report by aluminium recycling organisation Alupro finds that the recycling rate for aluminum packaging has been rising year-on-year and calls for action to further improve recycling rates and quality.

The Waste and Resources Action Programme (WRAP) and the Industry Council for Packaging and the Environment (INCPEN) are working with packaging compliance company Valpak to update the PackFlow material reports in light of the Covid-19 pandemic.

Collection figures for household waste electrical and electronic equipment (WEEE) released today (1 June) by the Environment Agency (EA) for the first quarter of 2020 are slightly ahead of 2020 targets.

Cafes, restaurants and bars are being encouraged by a new campaign to accept customer reusable cups when they reopen.

Scientists from the Universities of Birmingham and Bath have published findings on a new chemical recycling method for plant-based bioplastics.

The plastics export sector has urged the government to increase financial support for companies, amid concerns over the impact of Covid-19 on supply chain operations.